Skip to main content
Back to Top
Charles H. Hood Foundation | Kristopher Sarosiek, Ph.D. – January 2019
By identifying innovative pediatric advancements and providing funding in the critical phases of development, we are able to expedite high-impact breakthroughs that improve the health and lives of millions.
17410
portfolio_page-template-default,single,single-portfolio_page,postid-17410,ajax_fade,page_not_loaded,,qode-title-hidden,qode-child-theme-ver-1.0.0,qode-theme-ver-10.0,wpb-js-composer js-comp-ver-4.12,vc_responsive 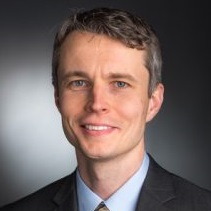 Traumatic brain injuries (TBIs) resulting from falls, accidents or abuse are a leading cause of death and disability in infants and children. These traumas frequently result in life-long cognitive, developmental and social deficits due to permanent neural damage, which is poorly understood and correlates with injury severity as well as age- the youngest children are frequently at highest risk for permanent disabilities. Beyond supportive care, little treatment is available to reduce the healthy tissue damage evident in children with a TBI. We have recently found that apoptosis (programmed cell death) is dynamically regulated during postnatal development in the brain and may influence the cellular damage induced by TBIs in young children. Specifically, we found that infants and children have a hyperactive apoptosis pathway due to heightened expression of the key pro-apoptotic protein BAX, predisposing their neurons and glia to undergoing cell death in response to a wide variety of sources of damage or stress including anti-cancer therapies. This is in contrast to adults, in which the apoptosis pathway is suppressed in post-mitotic neural cells due to insufficient expression of pro-apoptotic proteins, thus protecting them from stress-induced apoptosis. Based on these findings, we hypothesize that TBI-induced brain dysfunction in children may be in part driven by apoptotic cell death induced in neurons or glia within the traumatic penumbra surrounding the primary injury. To test this hypothesis, we will use well-established mouse TBI models across the age spectrum (neonate, adolescent, juvenile and adult) to definitively elucidate the role of apoptosis in trauma-induced tissue damage and dysfunction as well as their resulting behavioral outcomes. Furthermore, using genetic mouse models, we will directly test the extent to which blocking apoptosis can reduce TBI-induced cell death and tissue dysfunction. These studies will establish whether inhibition of apoptosis, which is now closer to being possible due to the recent development of apoptosis-blocking agents, can potentially improve outcomes for infants and children with traumatic brain injuries.