Skip to main content
Back to Top
Charles H. Hood Foundation | Lisa Bebell, M.D. – 2017
By identifying innovative pediatric advancements and providing funding in the critical phases of development, we are able to expedite high-impact breakthroughs that improve the health and lives of millions.
17075
portfolio_page-template-default,single,single-portfolio_page,postid-17075,ajax_fade,page_not_loaded,,qode-title-hidden,qode-child-theme-ver-1.0.0,qode-theme-ver-10.0,wpb-js-composer js-comp-ver-4.12,vc_responsive 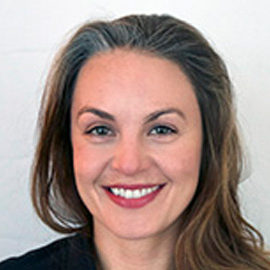 Recent success in preventing mother-to-child HIV transmission with antiretroviral therapy has decreased the incidence of congenital HIV. However, >1 million infants are HIV-exposed but uninfected (HEU) annually, and have poorer early-life outcomes than HIV-unexposed infants. We hypothesize that placental inflammation is a potential mechanism for poor early-life outcomes in HIV-exposed infants; and that HIV infection of the placenta and high placental tenofovir disoproxil fumarate (TDF) levels are drivers of placental inflammation.

Methods: We propose to 1) compare the prevalence of histologic chronic placental inflammation (CPI) between HIV-infected and HIV-uninfected women, 2) determine mechanisms by which HIV leads to CPI, and the effect of CPI on birth and neonatal outcomes. To accomplish these aims, we will enroll a prospective cohort of 160 HIV-infected and 160 HIV-uninfected women in Mbarara, Uganda where HIV prevalence is 12%. We will perform placental histopathology to determine presence of CPI and neonatal heelstick DNA PCR to determine neonatal HIV status. We will evaluate the presence of HIV in the placenta using immunohistochemistry (IHC) stains and determine the association between placental HIV and CPI. Lastly, we will measure TDF diphosphate (TDF-DP) levels in umbilical cord erythrocytes and determine the association between TDF-DP levels and CPI among HIV-infected women. We will use multivariable logistic regression to determine independent predictors of CPI, and fit additional models restricted to HIV-infected women.

Expected Results: We hypothesize HIV-infected women have a higher prevalence of histologic CPI than HIV-uninfected women. In addition, we hypothesize that placental HIV infection and high TDF-DP levels are associated with histologic CPI and may contribute to poor early-life outcomes among HIV-exposed infants. We will publish three manuscripts from this work, and our findings will form the foundation of an NIH K23 career development proposal comparing early-life outcomes between children born to HIV-infected mothers with and without CPI.