Skip to main content
Back to Top
Charles H. Hood Foundation | Farrah Mateen, M.D., Ph.D.July 2016
By identifying innovative pediatric advancements and providing funding in the critical phases of development, we are able to expedite high-impact breakthroughs that improve the health and lives of millions.
16652
portfolio_page-template-default,single,single-portfolio_page,postid-16652,ajax_fade,page_not_loaded,,no_animation_on_touch,qode-title-hidden,qode-child-theme-ver-1.0.0,qode-theme-ver-10.0,wpb-js-composer js-comp-ver-4.12,vc_responsive 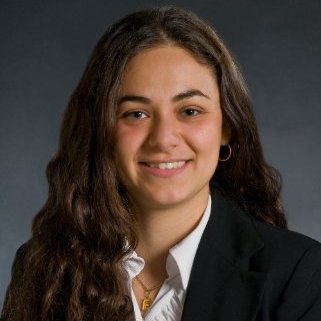 Remote diagnosis of pediatric epilepsy through a smartphone-based EEG

The majority of children with epilepsy (CWE) live in low- and middle-income countries (LMICs). Electroencephalography (EEG) aids the diagnosis and characterization of epilepsy in higher income settings, but can be especially difficult to access among CWE in resource-limited locations and LMICs. Smartphones, owned by more than 2.6 billion people, now offer a potential solution for the distribution of EEG to populations globally. In this study in the lower-income, Himalayan Kingdom of Bhutan, we will test and implement a multi-platform, open-source, software application that combines off-the-shelf EEG caps with a smartphone to acquire EEG in children with seizures and epilepsy. This represents a low-cost, real time, fully portable EEG imaging system that obviates the need for paper tracings, EEG technicians, and consistent electrical supplies. The smartphone based EEG will be clinically tested in 150 children with poorly controlled epilepsy — operationally defined as children who have experienced at least two unprovoked seizures in the past year while taking at least one antiepileptic drug. The stated aim of this prospective interaction study, involving children from newborns to 18 years old is the estimation of the number of children with poorly controlled epilepsy who will receive improved characterization of their epilepsy syndrome on a smartphone based EEG. This includes a team led by applicant at the Jigme Dorji Wangchuck National Referral Hospital in Bhutan in collaboration with the Institute for Traditional Medicines in Bhutan and colleagues at the Massachusetts General Hospital’s Department of Neurology. Accomplishment of the above aims will provide the necessary data to randomize smartphone based versus usual epilepsy care for children in several lower income countries through the scale up of this model alongside complementary “disruptive” smartphone-based health technologies for pediatric epilepsy care in the longer term.