Skip to main content
Back to Top
Charles H. Hood Foundation | Philip Kranzusch, Ph.D. – January 2017
By identifying innovative pediatric advancements and providing funding in the critical phases of development, we are able to expedite high-impact breakthroughs that improve the health and lives of millions.
16731
portfolio_page-template-default,single,single-portfolio_page,postid-16731,ajax_fade,page_not_loaded,,qode-title-hidden,qode-child-theme-ver-1.0.0,qode-theme-ver-10.0,wpb-js-composer js-comp-ver-4.12,vc_responsive 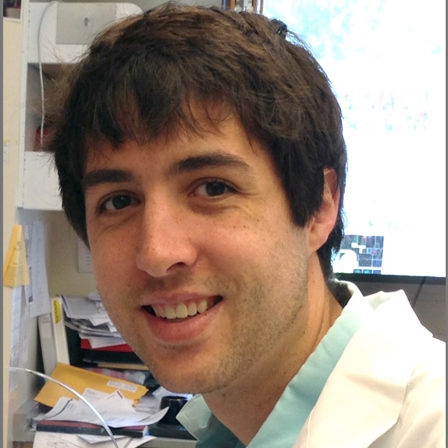 Assistant Professor of Microbiology and Immunobiology

Mechanism of STING Signaling and Auto-Activation during Pediatric Inflammatory Disease

The cellular receptor STING (Stimulator of Interferon Genes) controls a human immunity pathway that allows cells to sense pathogen- and tumor-derived DNA. Uncontrolled activation of STING signaling has emerged as a direct cause of childhood autoimmunity. STING-Associated Vasculopathy with onset in Infancy (SAVI) is a rare disease caused by gain-of-function mutations in the receptor that induce constitutive signaling and systemic immune activation. Children with SAVI exhibit chronic inflammation, severe necrotizing vasculitis, and neurological impairment. Specific therapies for SAVI disease do not currently exist, and afflicted children rarely survive past childhood. Importantly, the lack of insight into the function of SAVI mutations limits treatment, and demonstrates that our current models of STING signaling are incomplete.

In spite of the clear role of STING activation in immune cell responses, STING signaling is poorly understood, including a gap in knowledge of how the receptor engages downstream factors to initiate signaling. I have used a biochemical and structural approach to understand STING activation, and my lab is now uniquely poised to determine how patient mutations cause disease. All SAVI mutations map within the receptor dimeric interface, and we hypothesize that these mutations artificially “lock” an active signaling conformation.

To test this model, we will use a genetic approach to define the protein interaction motifs required for STING to recruit downstream signaling kinases (Aim 1). Additionally, we will determine the structural impact of SAVI mutations on STING conformation and biochemically define how mutations disrupt regulation of kinase recruitment (Aim 2). The long-term goal of my lab is to understand how STING signaling can be manipulated to rationally tune human immune responses. Identifying the function of SAVI mutations will provide a unique framework to develop a new model of STING activation, and offer the opportunity to discover treatments that mitigate childhood autoimmunity disease.