Skip to main content
Back to Top
Charles H. Hood Foundation | Todd Anthony, Ph.D. – July 2017
By identifying innovative pediatric advancements and providing funding in the critical phases of development, we are able to expedite high-impact breakthroughs that improve the health and lives of millions.
17047
portfolio_page-template-default,single,single-portfolio_page,postid-17047,ajax_fade,page_not_loaded,,qode-title-hidden,qode-child-theme-ver-1.0.0,qode-theme-ver-10.0,wpb-js-composer js-comp-ver-4.12,vc_responsive 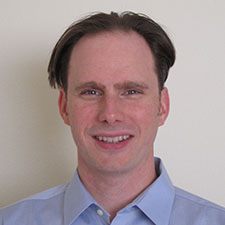 Assistant Professor of Psychiatry and Neurology

Adverse childhood experiences such as neglect and emotional or physical abuse are associated with significantly increased risk of multiple health issues later in life, including depression, drug addiction, and antisocial behavior. The higher incidence of such disorders in individuals subjected to stress during early life (SEL) is thought to involve stress-induced functional changes that persist into adulthood in neural pathways that control reward, social behaviors, and responses to threat. However, the identities of the neuronal populations affected and manner in which they are chronically perturbed by SEL to increase morbidity of mental illness remain largely undefined. The lateral septum (LS) is a subcortical structure known to exhibit behaviorally relevant neurochemical abnormalities following SEL, but is a large, understudied, and poorly understood region comprised of numerous distinct cell types distributed across multiple connectionally and functionally discrete subdomains. This project’s broad, long-term objectives are to identify the specific LS neural circuits that control the persistent behavioral consequences of SEL, and determine how stress-induced changes in neural activity and gene expression patterns in these circuits mediate particular affective, social, and/or motivational components of SEL-induced phenotypes.

In this proposal, we plan to test a working model for how interactions between a critical stress circuit within and key neuromodulatory inputs to the LS regulate social and defensive behaviors, and how SEL-induced perturbations of these interactions might lead to elevated anxiety and passive coping responses to threat, and to decreased sociability. To achieve these objectives, we will employ techniques for in vivo imaging of neural activity with high temporal resolution from molecularly defined neuronal populations and long-range projections in freely behaving mice in order to define the neural circuit-level mechanisms by which SEL produces persistent changes in mood and social behaviors.