Skip to main content
Back to Top
Charles H. Hood Foundation | IMPACT
By identifying innovative pediatric advancements and providing funding in the critical phases of development, we are able to expedite high-impact breakthroughs that improve the health and lives of millions.
16594
page-template,page-template-full_width,page-template-full_width-php,page,page-id-16594,ajax_fade,page_not_loaded,,qode-title-hidden,qode-child-theme-ver-1.0.0,qode-theme-ver-10.0,wpb-js-composer js-comp-ver-4.12,vc_responsive

Building a Community of Passionate Innovators

From Dr. Louis Diamond’s groundbreaking investigation of erythroblastosis in the early ’40s to Dr. Peter Hotez’s more recent work on tropical disease vaccinations, funding from the Hood Foundation has established careers and led to breakthrough medical developments throughout the more than 70 years of the organization’s existence. Fueling ambition in a way that launches careers and positively impacts the health and quality of life for children is what the Foundation has strived to do since the very beginning, inevitably facilitating the growth of a prestigious community of medical innovators that share the title of Charles H. Hood Foundation Grant Awardee. 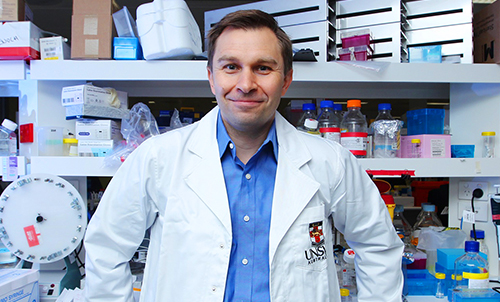 The impact of the Foundation on children’s health and medical research careers is far reaching. The Foundation is proud to have propelled the careers of promising junior faculty whose research findings have contributed to significant improvements in child healthcare since the 1940s. From then and continuing through today, the hundreds of researchers funded by the Child Health Research Awards Program have made seminal contributions that have helped transform the lives of countless children in the New England area and beyond. What’s more, the Charles H. Hood Foundation has shown that supporting promising investigators at the beginning of their careers is tremendously helpful in securing long-term funding from private and government sources in the future. This kind of leverage in funding helps build the talent pool of innovative medical researchers that will continue to impact the health and well-being of children and their families for decades to come.

Institutional Affiliations of Hood Child Health Awardees are located nationwide. Click to see who our awardees are. 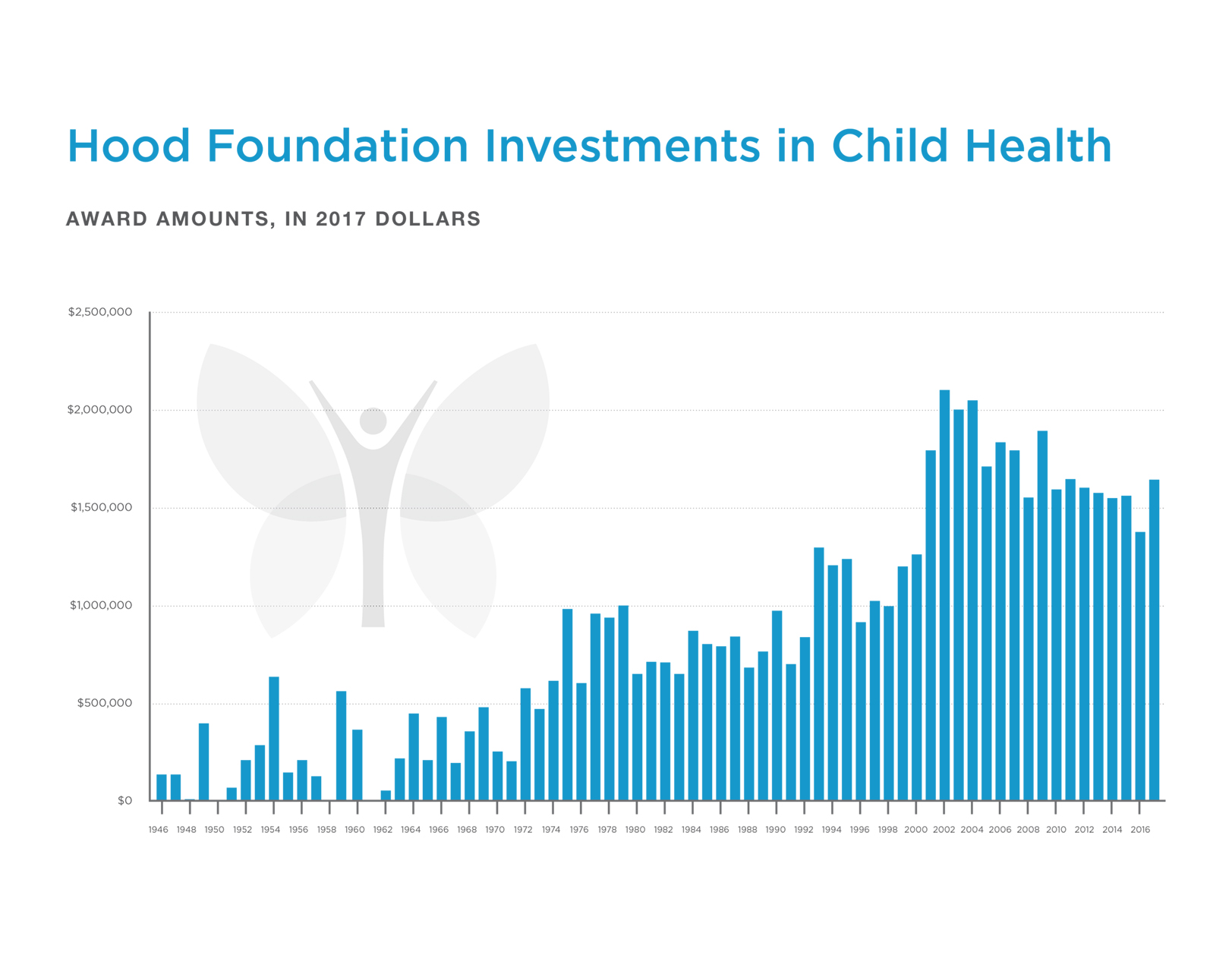 Surveying more than 140 past award recipients, the Hood Foundation studied the perceived impact the organization’s grants had on awardee careers. Some of the highlights are as follows:

Surveying 121 past award recipients, these results evaluate achievement in regard to receiving NIH funding. Because winning NIH funding is a marker for both success as an independent investigator and recognition of the quality of one’s independent academic research initiatives, this analysis presents an indirect measure of award recipient research achievements. Some of the highlights include:

Dr. Evan Snyder, 1994 Hood Award Recipient – Evan Snyder, M.D., Ph.D., is Professor and Director of the Stem Cells and Regeneration Program at The Burnham Institute in La Jolla, California, and Director of the Southern California Stem Cell Consortium. After 23 years at Harvard, he was recruited to the Burnham Institute where he continues to be regarded as a leader in regenerative medicine and stem cell biology and works as a pediatrician with a specialty in neonatology, or intensive care for newborns. His research has produced over 120 peer-reviewed scientific publications and has been funded by numerous grants and awards, including support from the NIH, the California Breast Cancer Research Program, the March of Dimes, and Project ALS. Research from his laboratory may also lead to effective stem cell–based therapies for children with brain developmental disorders and some forms of mental disability.

Dr. David Sinclair, 1999 Hood Award Recipient – David A. Sinclair, Ph.D., is a Professor in the Department of Genetics at Harvard Medical School and co-Director of the Paul F. Glenn Center for the Biological Mechanisms of Aging. He is best known for his work on understanding why we age and how to slow its effects. He obtained his Ph.D. in Molecular Genetics at the University of New South Wales, Sydney in 1995. He worked as a postdoctoral researcher at M.I.T. with Dr. Leonard Guarente, where he co-discovered a cause of aging for yeast as well as the role of Sir2 in epigenetic changes driven by genome instability. In 1999 he was recruited to Harvard Medical School where his laboratory’s research has focused primarily on understanding the role of sirtuins in disease and aging, with associated interests in chromatin, energy metabolism, mitochondria, learning and memory, neurodegeneration, and cancer. He has also contributed to the understanding of how sirtuins are modulated by endogenous molecules and pharmacological agents such as resveratrol. Dr. Sinclair is co-founder of several biotechnology companies (Sirtris, Ovascience, Genocea, Cohbar, MetroBiotech, ArcBio, Liberty Biosecurity) and is on the boards of several others. He is also co-founder and co-chief editor of the journal Aging. His work is featured in five books, two documentary movies, 60 Minutes, Morgan Freeman’s “Through the Wormhole,” and other media. He is an inventor on 35 patents and has received more than 25 awards and honors including the CSL Prize, The Australian Commonwealth Prize, Thompson Prize, Helen Hay Whitney Postdoctoral Award, Charles Hood Fellowship, Leukemia Society Fellowship, Ludwig Scholarship, Harvard-Armenise Fellowship, American Association for Aging Research Fellowship, Nathan Shock Award from the National Institutes of Health, Ellison Medical Foundation Junior and Senior Scholar Awards, Merck Prize, Genzyme Outstanding Achievement in Biomedical Science Award, Bio-Innovator Award, David Murdock-Dole Lectureship, Fisher Honorary Lectureship, Les Lazarus Lectureship, Australian Medical Research Medal, The Frontiers in Aging and Regeneration Award, Top 100 Australian Innovators, as well as being on Time magazine’s list of the “100 most influential people in the world.”

What it Means to Receive a Hood Grant