Skip to main content
Back to Top
Charles H. Hood Foundation | Read Pukkila-Worley, M.D. – January 2016
By identifying innovative pediatric advancements and providing funding in the critical phases of development, we are able to expedite high-impact breakthroughs that improve the health and lives of millions.
16632
portfolio_page-template-default,single,single-portfolio_page,postid-16632,ajax_fade,page_not_loaded,,qode-title-hidden,qode-child-theme-ver-1.0.0,qode-theme-ver-10.0,wpb-js-composer js-comp-ver-4.12,vc_responsive 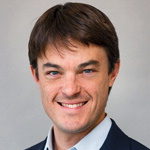 Inflammatory Bowel Disease (IBD) is a debilitating, chronic illness of the gastrointestinal tract. Up to one fifth of patients with IBD present as children, and those that do often have fulminant disease marked by severe intestinal inflammation. For reasons that are not fully understood, intestinal epithelial cells in patients with IBD mount inappropriate immune responses towards normally innocuous intestinal flora. The induction of inflammatory cascades in these cells occurs via the p38 Mitogen- Activated Protein Kinase (MAPK) signaling cassette, a highly conserved defense regulatory pathway found in nematodes and mammals. We have uncovered an ancient mechanism of p38 MAPK pathway regulation using the powerful model Caenorhabditis elegans. In a classical genetic screen, we identified a G protein-coupled receptor, which we have shown acts to control p38 MAPK-driven inflammatory responses. Here we will characterize the mechanism of immune suppression by this GPCR in C. elegans (Aim 1) and define a conserved role for this receptor in the regulation of inflammatory responses in mammalian intestinal epithelial cells (Aim 2). The long-term goal of this work is to facilitate the development of new therapies for inflammatory disorders of the intestine by characterizing a novel and ancient mechanism of homeostatic innate immune pathway regulation.