Skip to main content
Back to Top
Charles H. Hood Foundation | Vijay Rathinam, Ph.D. – January 2016
By identifying innovative pediatric advancements and providing funding in the critical phases of development, we are able to expedite high-impact breakthroughs that improve the health and lives of millions.
16635
portfolio_page-template-default,single,single-portfolio_page,postid-16635,ajax_fade,page_not_loaded,,qode-title-hidden,qode-child-theme-ver-1.0.0,qode-theme-ver-10.0,wpb-js-composer js-comp-ver-4.12,vc_responsive 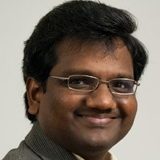 Diarrheal diseases due to microbial infections are the second most common cause of mortality in children worldwide. Enterohemorrhagic E. coli (EHEC) is the causative agent of hemorrhagic colitis and the life-threatening hemolytic uremic syndrome (HUS) in children. Owing to our poor understanding of immunological and microbial mechanisms involved in gastrointestinal illnesses, effective vaccines and therapies are still lacking. The unmet need therefore is to identify pathogenic mechanisms responsible for diarrheal diseases.

Innate immune system is central to the sensing of invading pathogens and the activation of the host immune response. A diverse set of germ-line encoded innate immune receptors survey nearly all-cellular compartments for the presence of pathogens and their products. Inflammasomes are multi-protein scaffolds in the cytosol containing a NLR receptor, an adapter ASC, and an effector, caspase-1. Inflammasome is an integral part of the immunosurveillance of the cytosol. Inflammasomes directly detect various “signature” microbial products or indirectly sense signs associated with an infection. Although lipopolysaccharide (LPS) of Gramnegative bacteria was believed to be exclusively detected at the cell surface by Tolllike receptor-4 (TLR4), it has very recently been described that the LPS is sensed in the cytosol in a TLR4-independent manner by caspase-11, an inflammatory caspase. Activation of caspase-11 by intracellular LPS leads to the proteolytic activation of caspase-1, which then executes the activation of IL-1beta and IL-18. Importantly, active caspase-11 triggers an inflammatory form of cell death (pyroptosis) and the release of endogenous alarmin or danger molecules that perpetuate the inflammatory reactions. The overall goal of this study is to define the role of cytosolic LPS sensing during enteric infections.